Historical – based on true events 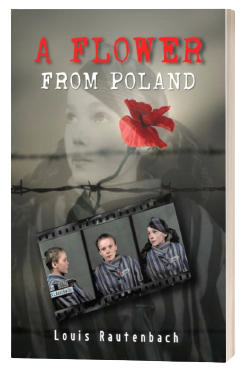 Was there any hope at all that maybe soon or perhaps one day, she will have an opportunity to play among the red poppies in the field near her village in the springtime again?

Czeslawa, the expression of this little Polish girl in three of this photo’s exposed what’s wrong in the world when savages are allowed to rule. Just like a flower bud, many children’s budding youth were trampled on mercilessly in Auschwitz long before they could blossom into adulthood.

Czeslawa. Only fourteen years old, but trapped and made brutally vulnerable to the barbarity of war and the sadism, hate and torture in a Nazi Concentration camp.

The story of this once vibrant-cheerful girl was written with great respect and admiration to pay tribute to her and the other hundreds of thousands children who not only lost their dreams and youth but their lives at the hands of the Germans.